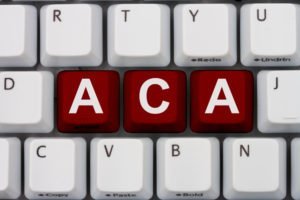 Since its inception in 2010, the Affordable Care Act (ACA) has experienced many delays, changes, and rulings that have altered its implementation schedule. One of the more significant alterations occurred just this month, after President Barack Obama signed into law the Protecting Affordable Coverage for Employees (PACE) act.

As part of the act, companies with 51-100 employees will now be classified as large employers instead of small, just in time to avoid the regulations that go into effect for small employers in 2016. But who are the winners and losers of the change? And what should they do next?

Undeniably, the PACE act is a huge “win” for almost all companies with 51-100 employees. While the extension of large employer status to these companies means they are now obligated to provide health care coverage to their work forces, the reality on the ground is that nearly all companies of this size already do, in order to offer a modern benefits package that can attract and retain talented employees.

But now, these companies will be able to avoid the steep rate hikes that would have come along with the ACA’s restrictive rules on small businesses. Under the law’s regulations, the only underwriting criteria that insurers of small employers can use are age, geography, and the number of smokers — leaving out other factors such as claim utilizations and gender. In effect, the PACE act will allow large employers to avoid these “age-banded” insurance policies that will nearly always drive rates higher for small employers come 2016.

But there’s a catch: rather than define companies with 51-100 employees as large employers in the eyes of the federal government, the act actually leaves the ultimate decision to the states. This puts some states — such as Maryland and Connecticut – in a precarious position, as they must now scramble to consider repealing state-level legislation that had already been implemented to match the original ACA. The good news is that these states are definitely in the minority, and that most companies don’t have to worry about what’s going on in their state capital.

The only downside to the passage of the PACE act is that still does nothing for small employers for which rate hikes loom. While some carriers are offering these companies “transitional relief” rates that will allow them to keep their current plans for one more renewal period, many have already seen a drastic difference in premium quotes between traditional plans and the age-banded plans that will become the only option in 2016.

The end result is that while large employers can happily keep their current rates and maintain status quo, small employers will need to become very creative to keep costs from skyrocketing, or face the unenviable decision of whether or not to drop coverage for employees.