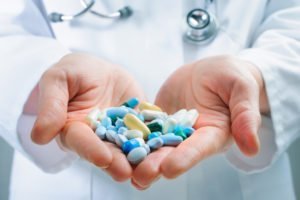 As companies continue to struggle with rising healthcare premiums, more and more attention is being paid to what is driving the increases. Even companies with low or diminishing medical claims are seeing their rates climb, leaving the frustrating question of Why?

The conclusion being reached by many is rising pharmaceutical costs. There is no denying that the cost of pharmaceuticals has jumped year-over-year, sometimes as much as 200 or 300 percent per script.

Pharmaceutical companies have pointed toward their own rising research and development costs, which studies have shown increased by the billions over the past decade. Politicians like Vermont senator and presidential hopeful Bernie Sanders, on the other hand, have called for increased transparency and regulations intended to cut pharmaceutical costs.

Companies and brokers, however, do not have the benefit of being able to wait for legislation to regulate costs. They need solutions in the short-term, and one of the most promising is the use of drugs referred to as biosimilars.

In their most basic definition, biosimilars are the generic brands of a class of drugs called biological products, also known as biologics. Biologics are structurally complex drugs, often administered intravenously or by injection, to treat diseases such as cancer and arthritis, or for treatments like gene therapy.

While increasingly prevalent in European and Asian healthcare systems, biosimilars were not authorized in the United States until the passage of the Affordable Care Act in 2010. The products have been slow to get to market, however, with the first biosimilar, Zarxio, not being approved by the FDA until March 2015.

Unlike generic pills that simply mimic the ingredients of brand name products, biological products are created using variable processes that result in each dosage being unique from every other.  Biosimilars contain all of the same major ingredients as their brand name counterparts, but since they have a different makeup, are subject to scrutiny by the Federal Drug Administration. Unlike most generic pill prescriptions, biosimilar developers must verify each product’s efficacy through clinical trials.

Still, now that biosimilars have emerged in the U.S. markets, proactive benefits brokers will be tracking the pace of government approval in the coming years. And for good reason: current biologics treatments can cost as much as $45,000 annually. Conservative estimates for biosimilars show savings of at least 20%, and credible industry estimates predict the drugs could save $250 billion in costs by 2024.

That could prove to be a huge boon to cost-savings efforts. While only an estimated two percent of Americans have biologic prescriptions, Express Scripts reports that they account for 40 percent of total prescription spending. While cheaper biologics wouldn’t entirely balance the rising cost of pills, they could very well help slow the ever-rising cost of health insurance for companies.

About the author: Malorie Kenny is a Client Relations Manager with Creative Benefits, Inc. Using her expertise in benefits administration, Kenny works to ensure employers’ benefit needs are met to the highest standard.  She specializes in providing clients a high level of support through education and the use of CBI’s individualized customer service model.