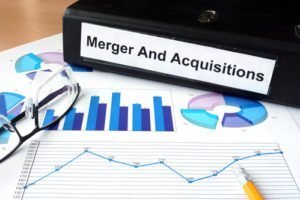 While those are boggling numbers, employers everywhere are much more concerned about what the changes could mean for the costs of their healthcare benefits. And unfortunately, all of the turbulence probably won’t amount to anything good for companies struggling to bring down costs.

There are two conflicting theories about what occurs after such mergers. Some experts argue that the new, larger entities will be better able to realize economies of scale and use their weight to bargain down healthcare providers. Others say the decrease in competition will drive up healthcare costs as companies and their brokers run out of options to use as leverage when negotiating rates.

I am personally in the latter camp. Consider the climate under which these mergers are occurring:  as the federal government’s healthcare infrastructure grows and requires more and more healthcare coverage, so too do insurance companies grow and merge, leaving individuals and employers with fewer options.

With more customers but new profit caps established by the Affordable Care Act, insurance providers have to get creative to grow their margins. These acquisitions are the results of that need, and it’s hard to imagine that gains realized through consolidation will be passed along to consumers.

Many of the changes in the health care marketplace, including these mergers, have been predicted since the outset of the Affordable Care Act and are actually just symptoms of an industry where costs continue to rise as the component parts of that industry try to gain a foothold.

Just as insurance companies have had to find ways to grow their bottom line in this “new normal,” so too have proactive benefits brokers and self-funded companies sought to think outside the box for solutions. Creative Benefits has prepared for these two changes on both fronts: by strengthening its relationships with major carriers to retain as much bargaining power as possible while also seeking out new products that can help take some of the pressure off employers and employees.

We’ve shared many of these solutions on our site over the past few months, such as Gap Plans and Level-Funded Plans, and continue to offer wellness plan solutions such as those discussed in our quarterly Wellness Newsletter.

The bottom line is becoming clearer and clearer:  whether handled in-house or out-of-house, companies that want to realize healthcare savings have to consider unconventional solutions or work to streamline their operations to better navigate the converging fields of healthcare, law, and finance. The days of simply threatening to take a company’s business to the next provider have been winding down for quite some time, and as these mergers attest, won’t be regaining steam anytime soon.