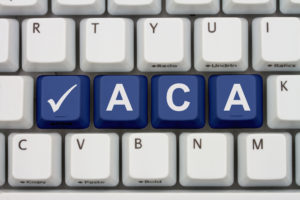 President Obama has just signed a bill that passed with strong bipartisan support that repeals a provision of the Affordable Care Act.

The bill repeals a measure that would require employers with 51-100 employees to be designated as small employers in 2016. Economists and business and trade associations raised concerns about this provision, noting that placing mid-sized employers into the small employer category would result in significant premium increases in 2016. If this provision had remained in place, it would be coupled with new employer mandates on businesses of that size. The new law passed the Congress with bipartisan support.

This repeal allows state regulators to follow the Federal Government’s lead in categorizing these mid-sized companies as large employers to allow them to take advantage of favorable actuarial assessments and better pricing of coverage.