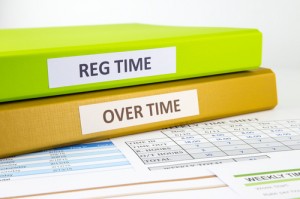 Just before the Thanksgiving holiday, a Federal Judge in Texas granted a preliminary injunction, suspending the implementation of the new overtime rules for now.  The implications of this ruling are in favor of the employer as no immediate action is required today.  Looking ahead, employers should plan to examine the “why, how & when” to spend time and money on compliance initiatives.

How did this happen?  In this case, several States and the US Chamber of Commerce filed suit, claiming that the DOL regulators’ actions went beyond the scope of the overtime legislation enacted by Congress.  A Federal Court judge granted the injunction to suspend implementation until the case is decided on the merits.  Typically Courts only grant a preliminary injunction when they feel that the case will succeed on the merits. The Department of Labor is a party to the case.  This means that any further decisions, such as whether to pursue the case or whether to appeal a decision, rests on a Department that is about to have a new Secretary of Labor and possibly a new set of policies.

What next?  Even our crystal ball is murky on this issue.  There is a new Administration, a pro-business Republican Congress, and at some point, a full panel of Supreme Court Justices; these branches may play a part in the next step, but it will start with the incoming administration.  On the one hand, President-elect Trump ran on a platform of regulatory relief, particularly for small businesses, which would suggest that he will allow the new regulations to lapse.   On the other hand, people in the affected salary range: $23,000 – $48,000, are a significant constituency for Trump, and he may choose to follow through.  Our prediction is that nothing will be settled until an Administration is in place and has conquered more pressing and sweeping issues.  For now, we will keep you updated when necessary and allow plenty of lead time to develop proper strategies for compliance.