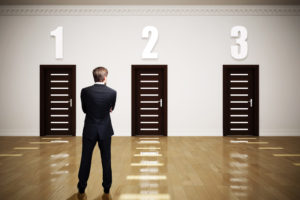 It’s been a rough couple of years for employers, at least when it comes to healthcare. Regardless of anyone’s opinion of the long-term implications of the Affordable Care Act, all can agree that its implementation has been confusing for many employers and a challenge for HR professionals everywhere.

But in times of turmoil, new solutions often rise to the top. One of the more intriguing developments of the past few years is the growing popularity of level-funded healthcare plans, which are helping many companies cut healthcare costs while still doing right by their employees. The question is, how do level-funded plans work, and which companies are in the best position to reap their benefits?

But a level-funded plan does a few things differently than a traditional self-funded plan. First, it typically removes a great deal of risk to the employer by rolling in a stop-loss insurance policy. In most cases, the plan’s Third Party Administrator (TPA) will provide such a policy on both a specific and aggregate level, or just an aggregate level, to guard against abnormally large individual or group claims.

Like a fully-insured plan, level-funded plans also offer employers the benefit of predictable monthly costs. This is achieved through the TPA setting a monthly fee (typically 15 percent above maximum expected claims, as determined by an underwriter), and “pooling” those payments throughout the year while paying out any claims. At the end of the year, the potential exists for remaining funds to be returned to the employer.

The cherry on top is that self-funded plans also are exempt from some taxes, such as the premium tax and the new Annual Health Insurance Industry Fee. But if level-funded plans are such a great solution, why isn’t every company rushing to get one?

Realistically, the benefits of level-funded plans are highly dependent on a company’s workforce and healthcare culture. This is particularly true because such plans are also exempt from new federal laws that prohibit insurance companies from asking employees about their medical histories. A company with a young, healthy workforce that would benefit from a peek into its employees’ sterling medical histories would likely benefit from a level-funded plan.

Additional “risk” also exists in that most level-funded policies don’t include the guaranteed renewal clauses of fully-insured plans. If your healthy workforce hits a few unexpected bumps, you could find yourself heading back to the marketplace.

About the author: Carolyn McLaughlin-Smith is a Senior Benefits Consultant at Creative Benefits, Inc. With more than 10 years experience as a health benefits consultant, Carolyn specializes in designing and implementing benefits programs that reflect the unique culture of an organization.